The overarching theme of this year’s meeting takes into consideration the concept of cohesion and its multifaceted connotations in a Europe confronted with the risk of deepening existing cleavages and with the emergence of new cleavages in the economic order, the social fabric and the territorial organization.

In the early 1990s, the Romanian society was unconditionally opened with the view of joining the EU and NATO. Membership in these organizations was almost unanimously perceived as a viable solution to completely eliminate a host of historical vulnerabilities. At the same time, we were all convinced that a country geared towards European values and part of a system of alliances between free nations was able to add dynamism and value to the European Union.

This is how we were thinking fifteen years ago. Our assessment and actions from back then have consistently proven to be valid ever since. Nowadays, all available surveys indicate that the Romanian society continues to enjoy the highest degree of trust in the European project compared to all other member states.

Against this backdrop we note with concern that increased social diversity and diminished solidarity in facing recent financial challenges nurtured divergence forces in our region.

These trends seem to overplay pre-existing disparities between states and within societies. They create obstacles in the way of reaching a shared democratic conscience and a pluralist but coherent European identity. Implicitly, we cannot help but notice that the prerequisites are met for the decline of a united, competitive and internationally powerful Europe.

After the completion of the EU enlargement wave of 2004-2007 we have faced a historical challenge in Europe: We have been called as equal partners to properly understand and rightfully assess the realities that define our societies in the West and in the East, in the North and in the South of the continent. I believe that the Senates should play a more prominent role and encourage the European Institutions to take the necessary steps to maintain social cohesion among our societies that are characterized by different levels of development and ambition. Due to its macroeconomic and macrosocial implications, the EU cohesion policy could be considered the most important tool in correcting regional imbalances and increasing citizens’ welfare.

This is why the future of Europe and implicitly, the future of Romania depend on a firm anchoring to a pole of democratic stability and prosperity.

The recent publication of the Reflection paper on the future of EU finances for 2021-2027, which includes the indicative structure for the European policies’ funding, repositions the reform of the EU cohesion policy at the top of the European agenda.

This upcoming reform matters to us. Taking into consideration the perspectives of a slowdown in the rhythm of convergence throughout Europe, our two matters of concern are to maintain the financial allocations sustaining the Cohesion Policy and the Common Agricultural Policy unchanged, and to asses the intention announced by some to introduce new convergence criteria for the management of the next financial framework.

I shall elaborate on this latter aspect.

We cannot talk about the credibility and solidarity of the European project while asking of the Central and Eastern European EU member states to have their legitimacy revalidated after almost two decades of far-reaching integration. Isn’t this the very meaning of conditioning cohesion funds?

Why instead of using unbiased quantitative data issued by the European Statistical System that we created for this purpose, one would wish to adjust the criteria of the decision making process to debatable qualitative assumptions that fuel political disunity and perceptions that invite adverse interpretation eventually leading to the erosion, from the inside, of the European Construction?

For a better understanding of the challenges we face, I would like to tell you more about Romania’s journey for the past 10 years. We have witnessed worrying slippages and the failure to protect citizens’ individual rights and freedoms and the guarantees thereof provided in the Constitution, all in the name of the fight against corruption.

The strain created during the past years as a result of these slippages was a liability settled in full by the citizens. The most striking effect of this liability was the falling, to the lowest level ever measured in the EU Member States, of the trust afforded by Romanians to the judicial system.

A lawyer and professor from Cluj-Napoca, a major university city in Transylvania, applied to all courts in Romania to obtain the statistical data regarding the requests for eavesdropping warrants logged from 2010 to 2015. He received replies from all the Courts including the High Court of Cassation and Justice of Romania. It turned out that during the five years researched, the courts received a total of 109,900 eavesdropping warrant requests out of which 102,700 were granted, meaning a 93.4% rate of approval. Since each request targeted a minimum of 3 people, it is estimated that 300,000 citizens had their phones tapped by the state.

These numbers are not only worrying, they are telling. They prove that some levers of the power state institutions have been inadequately and unconstitutionally employed. The continuation of this trend would have confronted Romania with the risk of becoming a police state and a controlled democracy à la Putin, rather than being a liberal democracy – all this happening despite of the European Commission’s Cooperation and Verification Mechanism.

From the total of 102.700 eavesdropping requests approved by the Courts in Romania, the High Court of Cassation and Justice alone approved 4,000 of them. The jurisdiction of the High Court includes parliamentarians, ministers, its own judges, judges of the Constitutional Court and prosecutors from the General Prosecutor’s Office. Consequently, 4,000 warrants were issued in a five year period for the eavesdropping on at least 4,000 dignitaries and senior officials of the state.

In addition, the protocols provided that anticorruption prosecutors should report back to the Intelligence Service, within 60 days, on the way in which the information received was developed.

At the moment, we are still waiting for the protocols concluded between the Romanian Intelligence Service and the courts, including the High Court of Cassation and Justice to be declassified.

The impressive and unjustified number of eavesdropping warrants and the unconstitutional protocols promoted by the Romanian Intelligence Service with institutions of the judicial system hijacked the anticorruption fight in Romania and put a strain on our relations with the European Commission. During the last eleven years, the Commission issued reports that assessed Romania’s progress under the Cooperation and Verification Mechanism. Unfortunately, the reports relied almost exclusively on the distorted image provided by the repressive state institutions and on the perceptions underpinning the media discourse promoted by several interest groups.

Currently, we are still awaiting for the European Commission to take action regarding these bitter truths that recently surfaced in Bucharest, and to explain their systematic disregard of the warning signals sent to Brussels concerning the severe abuses committed by some individuals and institutions of the judiciary. Owing to the biased policies and sometimes even partisan proclivities of the Commission on these matters, the Cooperation and Verification Mechanism was held captive by an occult and meta-legal system coordinated by the Romanian Intelligence Service and the National Anticorruption Directorate. It is disappointing that the CVM thus became another domestic instrument of pressure against those that oppose this parallel system.

After Romania’s accession to the European Union, a repressive system similar to the 1950s Securitate was created. Evidence regarding the existence of a system with Stalinist roots is shown in the form of abusive arrests, live media spectacles exposing suspects in handcuffs, and media leaks of confidential details of the criminal cases. In practice, the presumption of innocence has been abolished and judges have been constantly pressured, through direct and public threats to issue the convictions requested by the National Anticorruption Directorate, at the order of the Romanian Intelligence Service. When such methods failed, magistrates who judged in good faith were prosecuted and eliminated. Using practices that do not belong to a long-lasting liberal democracy and with no respect to individual rights and freedoms, even preeminent judges of the High Court and the Constitutional Court were eliminated in key moments and acquitted later. Encouraged by the European Commission, this corrupt system proved to be invincible until recently.

I had deliberately presented the reality we face here in Bucharest in order to emphasize that justice and equity are important aspects of national cohesion, and that fundamental standards must be protected from any dangerous influences piloted by the partisans of a so-called deep state.

The very existence of such a parallel management of the anticorruption fight in Romania, and the support it received from our close European partners, left us with two challenges very difficult to overcome.

Firstly, Romania was portrayed as a country where the incidence of corruption is measured by the high number of arrests and indictments orchestrated by institutions that let themselves to become corrupted by the exercise of unlimited power, twisting the checks and balances enshrined in the Constitution.

Indictments led to high-level resignations, and in many situations, the case files submitted by prosecution did not contain incriminating evidence. The increasing number of sound acquittals confirmed the political vein of many criminal investigations and proved the unjustified manner in which justice has been administered.

Secondly, a generalized and profoundly irrational perception was induced, of Romania as a country whose destiny lies in the hands of corrupt and criminal government officials. Thus, on the one hand, the prospects for our country to significantly contribute to the European project were notably affected by the unfair evaluations drafted under the Cooperation and Verification Mechanism and by the sine die postponement of Romania’s accession to the Schengen Agreement.

On the other hand, European institutions have publicly criticized one and all parliamentary attempts of the governing coalition to revise the laws of the administration of justice with the purpose to correct the slippages of the judiciary and the modus operandi of some power state institutions.

Our resolution is to reinstate the Parliament as the sovereign legislative body and representative of the nation together with its full ethical and political authority. Only in this way we can rebuild national social cohesion and ensure a democratic governance able to protect individual rights and freedoms by preventing any unconstitutional interference in politics of the power institutions.

Without any intention to create artificial lines between the pursuit of the national objectives like political equality, justice, solidarity and social cohesion, and  the EU approach to “unity in diversity”, I consider it absolutely necessary to convey, through everything we do, a clear political message:

The European Union should focus on solving the problems of its citizens and on ensuring that all Member States are equal in dignity and have equal opportunities to contribute to the advancement of the European project. „Unity” should not consecrate a “Core Europe”, it should not put in motion multi-speeds, and at the same time „diversity” should not be construed as division.

To conclude, I would like to share with you a very suggestive Romanian saying on how to approach common problems and keep a united front. We say: „Union brings Power”.

This year, the celebration of the Romanian Centenary since the 1918 Great Union brought back to the national consciousness this essential lesson of national history expressed in an adage.

After the fall of the Communist regime in 1989, the Romanian Nation united its forces in an exemplary cohesiveness for the democratic reconstruction of the society. It was national social cohesion based on consensus that determined citizen’s engagement in a joint national project. Therefore, even after a century, our joint national project remains making democracy work for all! 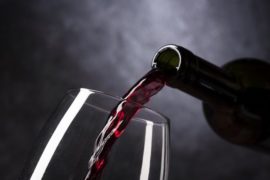 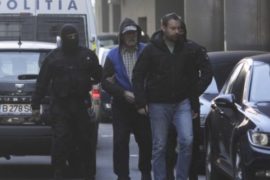 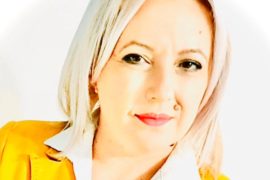